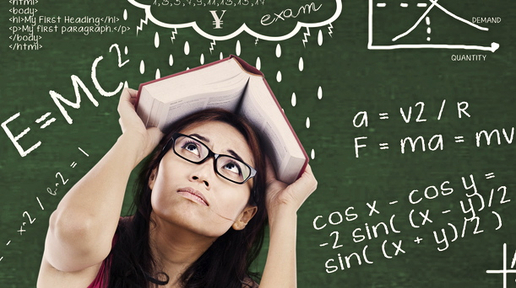 There is a serious disparity between men and women in the field of physics. Some believe that the root of the problem can be traced back to high school, where many female students choose not to take physics courses. However, since the year 1987, the amount of girls taking high school physics has increased by 161% and the number of boys in these classes has risen by 88 %. As of the year 2009, girls have been 47% of high school physics students compared to 40% in the year 1987.

Although the rates are rising, it would be interesting to find out whether or not the female students take the class because they are interested, as opposed to them taking the course because of familial or academic requirements.

Perhaps one reason why girls may be reluctant to enroll in physics courses is that they are more easily exasperated with the material than males. However, according to a high physics teacher whose present class is 50% female, " Both genders do well...both get frustrated for the same reasons all physics students get frustrated - it's a challenging course on several levels."

Many female students agreed with this assessment, saying that almost everyone in their respective classes found the subject to be difficult. However, many girls expressed the viewpoint that the males in their classes displayed a deeper knowledge of the core principles of physics.

While girls account for almost half of physics students, they still remain scarce in advanced physics courses. In AP Physics C classes, girls account for only 32% of students. Also, while 65 % of male AP Physics B students sit for the AP exam in May each year, only 50 % of females elect to take the test. The same holds true for AP Physic C; with 78% of boys and 61% of girls actually taking the exams. Interestingly, these results are not limited merely to physics, as girls are a minority of test takers for many physical sciences. Below is a table that breaks down female representation in AP classes. 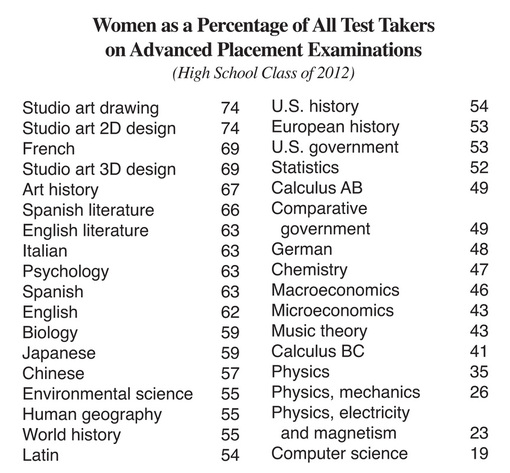 Clearly, girls are gravitating toward subjects like art, biological sciences, social sciences, and foreign languages. It is surprising to see that the lowest female AP exam turnout is Computer Science, with a paltry 19% female rate.

This data may be a strong factor in the low representation of women in physics later in life, as 75% of female physicists say that they thought of their present career paths before or during high school. Additionally, 93% of people who earn undergraduate degrees in physics report having taken a physics course in high school.

So, how can secondary teachers get more females interested in physics? One teacher believes that in order to accomplish this, educators must focus on getting all students to see the merits of studying physics.  " I'm not sure we need to encourage just females to get interested in science, but all students not only because the world is getting more technological, but also because it develops great skills such as attention to detail, analysis - basically critical thinking and hard work and perseverance."

To gain further perspective on this issue, we interviewed some high school physics students. To watch the interviews, click here.